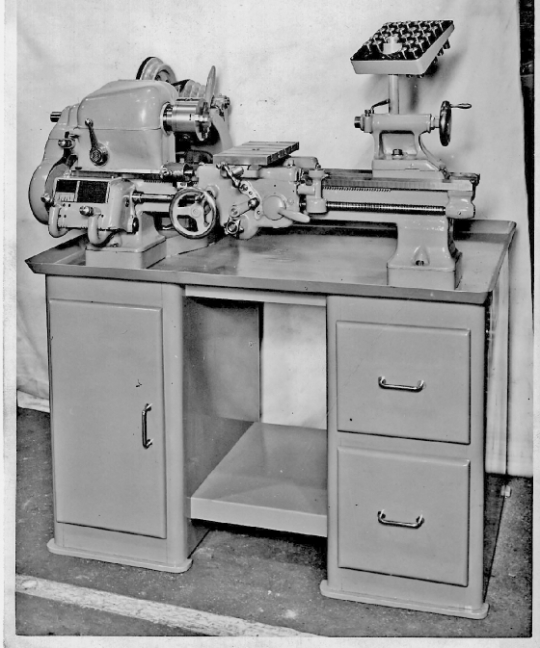 The Smart and Brown Sabel 4.5" x 18" Lathe was a beautifully made copy of the South Bend 9" but with a more fully enclosed headstock (somewhat along the lines of the South Bend Light Ten), and a redesigned spindle assembly with larger bearings, a fractionally larger bore and the nose thread increased from 1.5" to 1.7" diameter.

The Sabel Lathe was offered on a large sheet metal cabinet stand with a suberbly engineered, if rather over deep counter shaft unit.

It was available without the screwcutting gearbox in two other versions: the SAB Lathe (which retained the power crossfeed apron) and the S Model Lathe (presumably standing for Standard, which did not).

Various numbers of spindle speeds and speed ranges were offered, but most lathes appear to have been supplied with a 16 speed drive unit which spanned 45 to 1200 rpm.

As an example of the wonderful attention to detail (although some spoilsports would call it wasteful over-engineering) instead of just bolting the Dewhurst reversing switch to the face of the stand it was mounted on the headstock - tucked away at the back and operated by a cross shaft from a chrome plated bronze lever mounted on the front face. To gild the lily, the end of the cross shaft carried a large gear in bronze which acted on another small bronze gear fastened to the spindle of the switch. 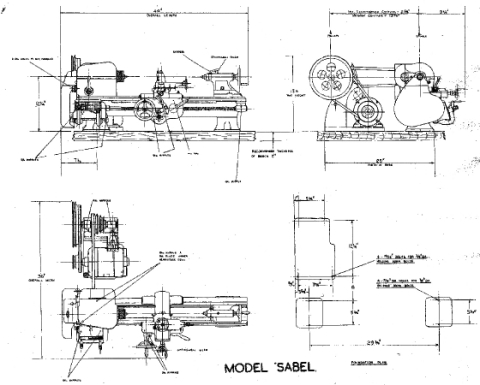 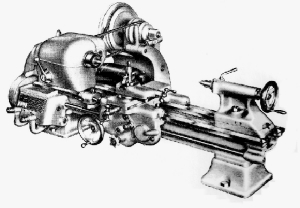